Macro-financial assistance in challenging times: The EU in Ukraine

In May 2020, the EU disbursed the first tranche of 500 million euros of the fourth macro-financial assistance program to Ukraine, making it a total of 3.8 billion euros of financial assistance. The first financial support was implemented by the 2002 Council decision however, the biggest sum was provided between April and July 2015 under the most controversial 3rd MFA program. Ukraine, as the biggest beneficiary received a total of 3.8-billion-euro loan since the start of the program in 2014. Why is macro-financial assistance and their sound management so important for partner countries? 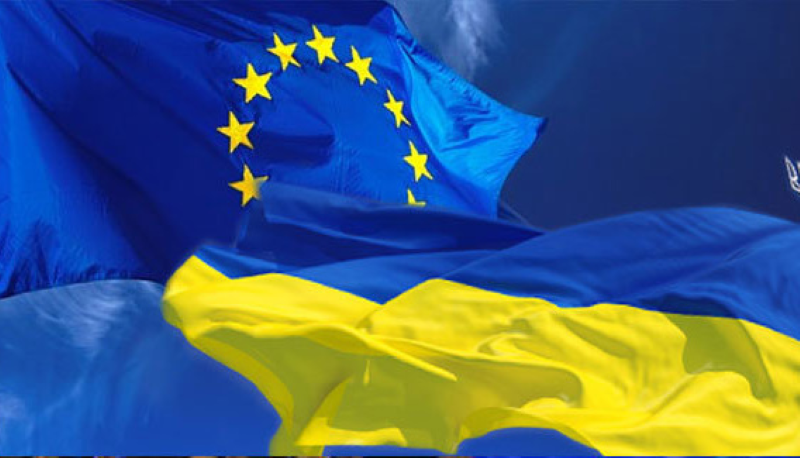 According to the EU, „Macro-financial assistance (MFA) is a form of financial aid extended by the EU to partner countries experiencing a balance of payments crisis. It takes the form of medium/long-term loans or grants, or a combination of these, and is only available to countries benefiting from a disbursing International Monetary Fund programme.” It is designed for countries within the EU’s geographic, political and economic proximity, which include candidate and potential candidate countries part of the EU’s Neighborhood Policy. By May 2020, Ukraine was the only ENP country to receive a total sum of 3.8 billion euros since the first disbursement in 2014.The MFA programs, -unlike others- are decided through Ordinary Legislative Procedure proposed by the European Commission and approved by the two co-legislators, the European Parliament and European Council. This ensures that the assistance reaches the highest possible level of legitimacy. While disbursement of funds is linked to strict conditions including reforms in trade, business environment and the financial sector touching upon anti-corruption measures.

While the 1st and 2nd MFA package received a green light from the Commission, the last instalment of the 3rd package worth 600 million euros was not disbursed due to unfulfilled anti-corruption measures. The report from the Commission stated, that important reforms and policies regarding fight against anti-corruption have not been implemented by the time of availability period of the assistance expired in January 2018. The country failed to implement the introduction of a mechanism to verify asset declarations submitted by public officials. The dilemma lies in the fact when a country needs immediate financial liquidity tied together with the slow complex and cumbersome advancement of political and state reforms. The implementation of recommendations often takes a longer time, than the long-needed financial assistance, which is hindered by the lack of political will. To be eligible for macro-financial assistance one needs to advance in areas such as public sector governance, energy, and financial sector, ameliorating the business climate, anti-corruption measures and developing a sustainable social safety net and offering financial transparency. Despite the difficulties in Ukraine’s reform process, the EU proposed a 4th MFA program worth €1 billion in March 2018. The first half was disbursed 8 months after the proposal, while the 2nd part in May 2020.

While the previously declared budgets have been available for partner countries, the global coronavirus pandemic put the Neighborhood Countries under greater economic and social pressure. To this extent, the European Commission proposed a €10 billion package for its neighborhood partners. The consequences of the virus in Ukraine are severe, with an expected 4-9% economic contraction and 7.5% budget deficit. The so-called “crisis MFA” will be a 12-month short-term program totaling in €1.2 billion. This is the highest amount a partner country will receive as a financial loan with a maturity of 15 years. On the 25th of May 2020, the European Parliament and the European Council released its decision stating:

“[g]iven that the drastically worsening external financing needs of the partners are expected to be well above the resources that will be provided by the IMF and other multilateral institutions, the Union’s macro‐financial assistance to be provided to the partners is, under the current exceptional circumstances, considered to be an appropriate response to the partners’ requests to support economic stabilization.”

All in all, the EU is providing additional opportunities beyond the usual IMF loans of the international community with greater flexibility without neglecting fiscal discipline of its partners. Nevertheless, the question is, what makes the MFA so important? The ex-post evaluation of the financing program indicates that cuts in public spending leading to social unrest and economic depression would leave Eastern partner countries, like Ukraine more vulnerable against external shocks. It is important to mention, that Ukraine is also facing double pressure. First, complex internal economic, social and government reforms coupled with a constantly changing political climate. Second, an ongoing armed conflict and hybrid war with its eastern Russian neighbor.

It is commendable, that while the EU and its member states are still negotiating on the extent of the next multiannual financial framework for the 2021-2027 period and deciding on the €750 billion recovery fund proposal, it has the will to support its partners without hesitation. Even though the continent experienced great loss due to the novel coronavirus, these unprecedented times also give way for inner reflection and create a window of opportunity never seen before. The recent support for the greening of Western Balkans economies can be a good example on how Eastern Partnership countries could create joint partnerships for sustainability. For instance, the recently established Western Balkans Green Center by Hungary, which helps the green transition of Albania, Bosnia and Herzegovina, Kosovo, Macedonia, Montenegro, and Serbia, planning to develop into a multi-donor fund by 2021. The economies of the Eastern Partnership could develop into a similar regional consortium.

As the EU provides a basis for cooperation, tangible results can only be achieved through local and regional collaboration. Both the Western-Balkans and Eastern-Partners form 6-6 countries which is an ideal format to work in. As the V4 countries (Poland, Hungary, Slovakia and Czechia) work closely in defence, economic, transport-infrastructure and environmental projects, the Eastern Partnership could also take advantage of their role, learning from already existing best-practices. The forming of different regional cooperative structures would make countries more interdependent from their neighbors, but -if done successfully- create more resilience from global crises. If the EU is successful, an interdependent and integrated neighborhood could make it more self-reliant on the international stage. Looking at the long-term perspective, the whole EU Neighborhood from south to east could become an interconnected economic and transport hub building on the well-being of local communities. This would not only have a positive effect for respective countries but could also strengthen the global standing of the European Union in creating regional partnerships with global perspectives.