In mid-May, the European Court of Human Rights ruled that the Slovak State Forest Company wants to unlawfully confiscate privately owned plots of land, referring to the Beneš Decrees. One month later, it was revealed that the Slovak state wants to confiscate plots under the D4 highway, worth millions of Euros, on the basis of the Beneš Decrees. In both cases, the legal basis for the confiscation of property is that the ancestors of the land owners were Hungarians. These cases made it clear that Slovakia still applies the principle of collective guilt, not only humiliating the Hungarian community living in Slovakia but also finding an easier way to obtain valuable lands without paying for them. It is going to be one of the biggest challenges of the Matovič government to address this issue and get back Slovakia on the track of European values. 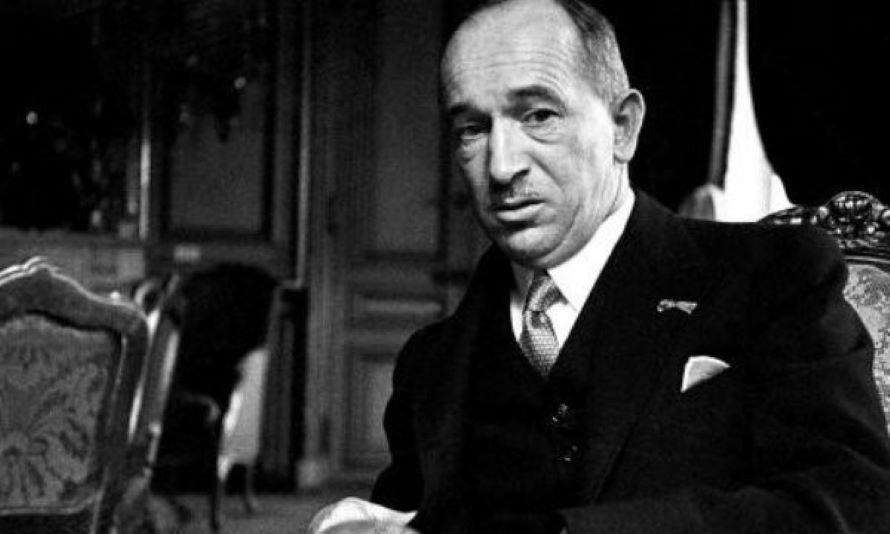 In recent years, the misconception has developed in the Slovakian society that the issue of the Beneš Decrees is a purely symbolic issue, and has no real effect on today’s legal relations. The Beneš Decrees claimed collective responsibility of Germans and Hungarians after World War II, depriving them of their citizenship, fundamental rights and property. Slovakia has been arguing for decades, especially during the accession negotiation with the EU, that the Beneš Decrees are already an obsolete part of Slovak law, they can no longer create legal relationships. The ruling of the Strasbourg court in the Bosits v. Slovakia case, however, showed that this argument is essentially false.

Briefly on the history of the case: In 2009, Hungarian citizen Mihály Bosits was sued by the Slovak State Forest Company, claiming that, in accordance to the Beneš Decrees, the forest he owns should have been confiscated from Mihály Bosits’s grandparents because they were of Hungarian nationality. The Slovak courts dismissed the application as they found that the Slovak state did indeed want to confiscate the forest from Mr. Bosits’s grandparents, but due to procedural errors, this was not completed. The Slovak Prosecutor General, however, intervened and filed an extraordinary appeal on the points of law („mimoriadne dovolanie”) against the binding ruling. Subsequently, the Supreme Court of Slovakia ruled that, as the defendant’s grandparents were of Hungarian ethnicity, the given property should have been confiscated from them. According to the Supreme Court, in order to preserve the “necessary authority of the State”, it should be treated as if the property had been confiscated.

According to Tünde Keszegh and János Fiala-Butora, the legal representatives of Mr. Bosits, the judgment is of historic importance, as it is the first international ruling stating that confiscation of property is still taking place in Slovakia up to this date under the Beneš Decrees. The decision is also important because it annuls Slovakia’s argument that the decrees have no real impact on the current legal relations, and thus, their significance can only be interpreted in a historical context. Indeed, the decrees should not be an effective part of the Slovak law anymore, but the Bosits case proves that the courts apply them with a retroactive effect, and thus, they still have a real impact on legal relations, argues Fiala-Butora. Moreover, the judgment points out that the powers of the Slovak Prosecutor General are too broad. Filing an extraordinary appeal on the points of law against a final decision of the courts is a legal institution specific to Slovakia which “allows for politically motivated manipulation of cases that have already been legally closed”, the legal representatives state.

As the confiscation has not yet taken place, the current Strasbourg decision only addresses the issue of the applicant’s right to a fair trial. After the Supreme Court’s decision, the matter is remitted back to the court of first instance. Although the agent of the Slovak Government for the European Court of Human Rights, Marica Pirošíková is also of the view that the given plots of land should not be confiscated, János Fiala-Butora thinks that the Supreme Court did not left any option for the first instance court, practically ordering to rule for the benefit of the state. If confiscation takes place, the injured party’s representation will file a new complaint.

The perception, which proved to be false, that the Beneš Decrees can only be interpreted only in historical context with no real impact on the present legal relations has been accepted not only by the majority Slovak, but the minority Hungarian political actors as well. Accordingly, the issue did not seriously arise in the course of the Slovak parliamentary election campaign in the beginning of 2020. Some political actors referred to them as an example of Hungarian radicalism, which shall not be addressed anymore. Moreover, none of the Hungarian political parties in Slovakia include in their political program the review of the Beneš Decrees. However, the Bosits case revealed that the question needs to be reopened on a political level and the legal effect of the decrees on the current legal relations must be addressed.

One might say that the Bosists case came at just the right time when the improvement of the Hungarian and Slovak relations got a new impetus with entering into office of the new Matovič administration. Although the Hungarian ethnic-based political parties did not get elected to the new Slovak parliament, Igor Matovič and his party, the OĽaNO (Ordinary People and Independent Personalities), are interested in making symbolic gestures towards the Hungarian minority in Slovakia in order to preserve tehir popularity among the Hungarian voters (a significant number of citizens belonging to the Hungarian minority supported OĽaNO on the February general elections).

The review of the Beneš Decrees has been a highly controversial political issue not only from the perspective of the Hungarian-Slovak bilateral relations, but in terms of the Visegrad cooperation as well. In 2002, just before the Eastern Enlargement, Hungarian Prime Minister Viktor Orbán, speaking before the European Parliament, indirectly supported calls for the abolition of the Benes Decrees, stating that they did not conform to EU laws and should therefore be repealed before the Czech Republic and Slovakia were allowed to join the European Union. This statement caused a political crisis within the V4 Group. The abolishment of the decrees remained a delicate matter in the Slovak politics, even for the Matovič government. Despite the individual initiatives for the revision of the decrees from the biggest governing party, Slovakia generally is of the view that the Beneš Decrees cannot be abolished as they are indirectly the basis for many legal acts and relations. However, international human rights specialist János Fiala-Butora is of the view that the review of the decrees’ effect on current legal relations is possible, there are no legal obstacles to it, and it shall be a subject to a political and legal debate. The legal expert thinks that it is possible, and also would be very important to compensate material and symbolic damages both on collective and individual level. Symbolic reparation is also important because the decrees expressed a state policy aiming to eradicate the Hungarian minority in Slovakia. This eradication did not take place in the end, but this state policy caused severe damage to the community and the individuals as well. As the spirit of the decrees has never been repealed by the state, symbolic dispute resolution would be crucial, says the legal expert.

The Beneš Decrees had been on the agenda of the European Parliament for several times. In the time of the Eastern Enlargement they were seriously debated in relation to the Czech Republic’s accession. Later, in 2007, when on the initiative of the ultra-nationalist Slovak National Party, the Slovak parliament adopted a resolution concerning the untouchability of decrees, the matter has arisen again, mainly in the form of petitions. One petition is still ongoing in the PETI. These petitions did not reach any success yet, but the findings in the Bosits case and the current practice of the Slovak state authorities in terms of the retroactive application of the principle of collective guilt might drive the attention of European Parliament as well.

In light of the current Hungarian-Slovak relations and the strong cooperation of the Visegrad Group, Hungary’s role in the dispute resolution is also a sensitive question. In the past few years, Hungary remained silent on the matter. Although the Hungarian Government had been invited to submit written observations on the Bosits case, it did not express any wish to exercise that right. On the other hand, many Hungarian citizens are affected by the Beneš Decrees as at the time the confiscation of properties were realized on the basis of the decrees, today’s Hungarian citizens’ ancestors were member of the Hungarian community living in Czechoslovakia. The Slovak government has made an offer to Hungary that it will welcome Hungary’s expert assistance in clarifying the ownership of the properties in question.

Although Slovak Prime Minister Igor Matovič refused to expressively address the review of the Beneš Decrees, he expressed his conviction that the principle of collective guilt cannot be part of the legal system of any Member State of the European Union. In light of the Bosits judgment and the current legal practice of the Slovak state authorities, however, it seems that Slovakia is still applying this principle, and thus, is in a sharp contract with the fundamental values of the European Union and the spirit of the whole European project. It is going to be one of the greatest challenges of the new Slovak administration to deal with this highly delicate political matter and get rid of the application of the principle of collective guilt forever in Slovakia.

*I am grateful to János Fiala-Butora for his valuable remarks.