Western Balkans at the door: The new enlargement package 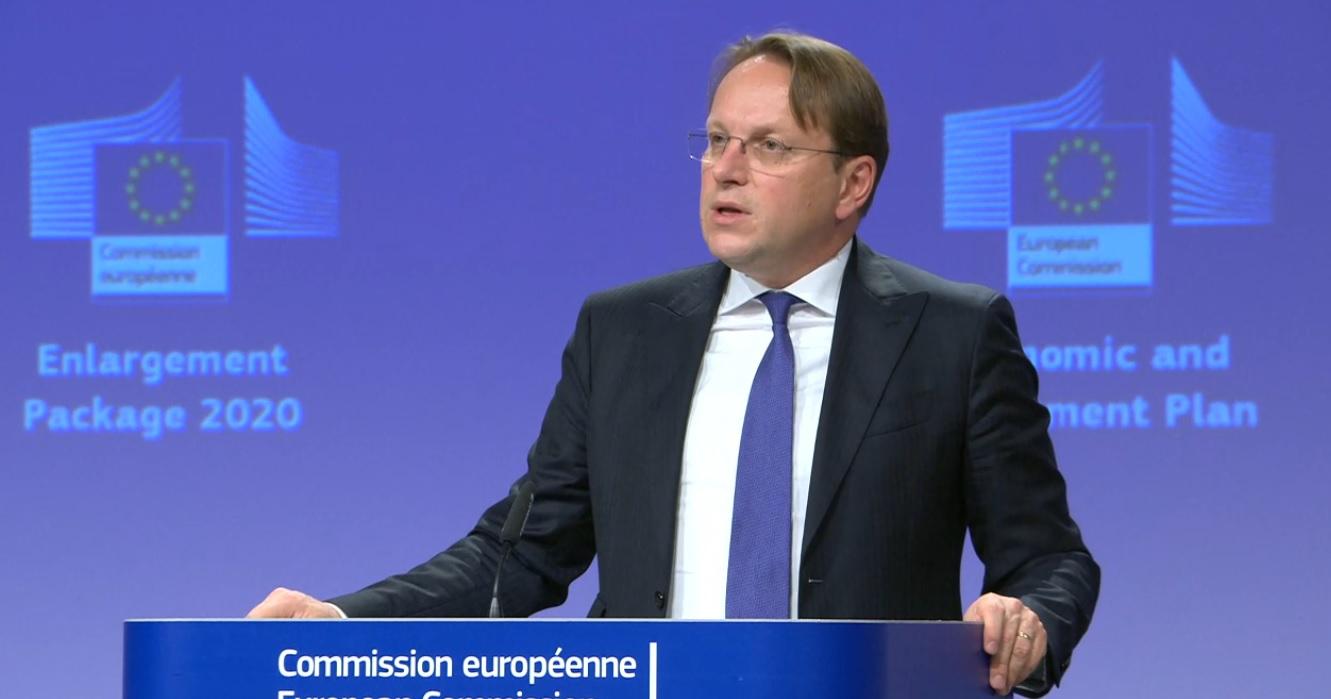 On the 6th of October, the new Enlargement Package was presented by Commissioner Várhelyi which include the progress of reforms of the Western Balkan countries. In one way, this is seen as a milestone which will decide the future relationship of the EU and its Southern neighborhood.  While candidate countries long for a membership in the European club, the future with Turkey is developing towards a different path. What does this new situation mean for the region? How motivated will the candidate countries be to follow reforms, and are there any leading candidates that can push the region towards a deeper European integration?

First and foremost, we still face a global pandemic which put all European countries into economic recession while putting increased pressure onto the healthcare system. To mitigate the negative outcomes of the pandemic, the Commission proposed a package worth 3.3 billion euros, to keep the economies afloat and to save as many lives as possible. Countries which are the most “advanced” in policy implementation such as North Macedonia and Albania will soon receive the negotiating framework for EU accession which is currently being debated in the Union. One of the main priorities of the German Presidency was to start at least one Intergovernmental Conference with one of the two candidate countries. Importantly, the revised and more flexible accession methodology has been fully implemented into the -now even more specific-country reports.

Regarding one of the main reformers, North Macedonia, the Commission has viewed considerable progress regarding implemented reforms in the area of civil service, judiciary, human rights, freedom of speech, regional cooperation. It also takes note that the country in the meanwhile has joined NATO which is a great success. Overall, the Commission has given a green light for the candidate country to start accession negotiations once the negotiating framework has been adopted by the EU member states.

For Albania, the EU sees considerable progress in civil service and judicial reforms. The country has set up a Special Prosecutors Office for Anti-Corruption and has been more tough dismantling organized crime networks. This has been reinforced by initiating the National Bureau of Investigation. It has also strengthened the country’s legal base towards reinforcing the Constitutional and the Supreme Court. The EU’s executive body sees the country fit to enter into negotiations to become a full EU member.

Montenegro has been a moderate performer regarding judicial reforms and implementing freedom and security, however it has more important work to do regarding anti-corruption efforts and implementing stronger policies for freedom of speech and expression. Overall, the Commission identified that Montenegro made relevant progress, but will have to continue to reach its interim benchmarks regarding the rule of law.

One of the main strategic priorities of Serbia is joining the EU within the foreseeable future. Its main prerogative is the continuation of the Belgrade-Pristina Dialogue and the normalization of the Serbia-Kosovo relationship. The Commission declared that the country will need to speed up fight against organized crime and corruption, implementing reforms regarding an independent judiciary in order to create a binding, mutual agreement with Kosovo. This is a prerequisite for proceeding on the path towards EU integration.

For Bosnia and Kosovo, the Commission still believes that more efforts need to be done, for the former regarding guaranteeing basic rights, while for the latter in fighting corruption. The instable political environment in Kosovo is also coupled with it being a main migratory route, meaning it will need increased assistance from the EU and its neighborhood to stabilize the situation.

While all countries above seek a European path, Turkey has been faced with external threats, while promoting its regional interest through power-projection in Syria, the Mediterranean and the Caucasus. What makes the situation more complex is Turkey’s increasing divergence from NATO’s regional interests and those of the EU’s Common Security and Defense Policy. It is currently difficult to predict, how the external factors will impact EU-Turkey relations, however basic dialogue has always been on the table.

Regardless of abovementioned regional power-games, the EU’s plan is to create a smaller form of cooperation among the WB6 (Western Balkans six) in creating a “mini-Schengen” while simultaneously pushing for individual country reforms. Despite the ongoing pandemic, the progress made in Albania and North-Macedonia could pave the way for other neighbors to become an EU member which would enable deeper and faster increased economic and security convergence. In the 21st century small and medium-sized countries can only progress through enhanced cooperation. Deeper regional collaboration would not only be unprecedented, looking back at the tragic history of the Balkans. It would also open doors for interregional cooperation with the V4 in the areas of economy and defense. Geographically, the Western Balkans is in the south, but it mostly influenced the history of Central-Eastern Europe (and vice-versa). This means that the two regions have a better understanding of each other than with the North or the West.

The Western Balkans-Central Eastern European multiregional cooperation could not only be beneficial for single countries, but could contribute to the overall economic competitiveness, security, and prosperity of the EU in an ever-uncertain decade.