Meanwhile Portugal is having the closure month of its EU Council Presidency’s period; Slovenia has already declared the main priorities of its Presidency starting from the 1st of July 2021. The article identifies the main priorities of the EU Council pandemic-trio-presidency from the perspective of artificial intelligence. Does so because yesterday, Boštjan Koritnik, Slovenian Minister of Public Administration in his interview at the POLITICO AI Summit outlined the Presidency's priorities for artificial intelligence. 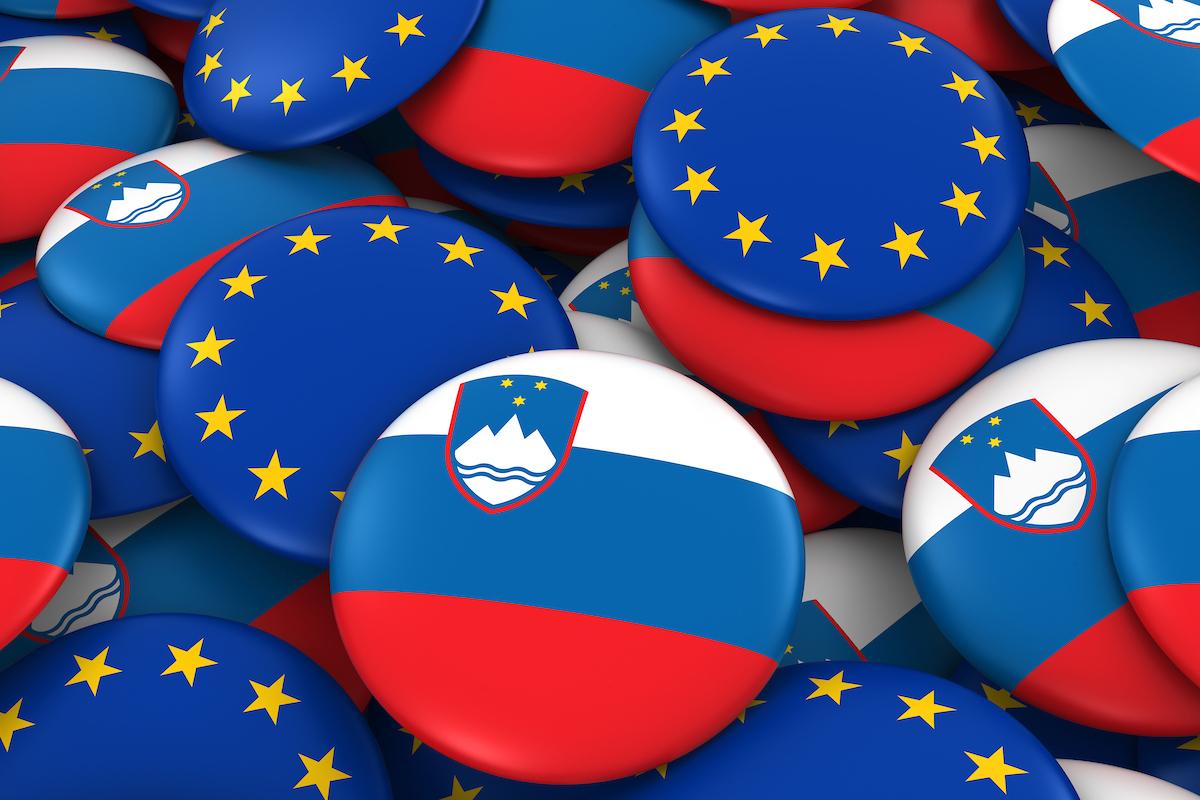 From July to December 2021, Slovenia will hold the Presidency of the EU Council, following the Portuguese Presidency and preceding the French Presidency.

For six months, from 1 July, Slovenia will be presiding over the Council of the European Union. Member states holding the presidency work together closely in groups of three, called 'trios'. This system was introduced by the Lisbon Treaty in 2009. The trio sets long-term goals and prepares a common agenda determining the topics and major issues that will be addressed by the Council over an eighteen-month period. On the basis of this programme, each of the three countries prepares its own more detailed six-month programme. The Slovenian presidency is part of the current presidency trio made up of Germany (second half of 2020), Portugal (first half of 2021) and Slovenia (second half of 2021).

The eighteen-month programme of Germany, Portugal and Slovenia was presented and adopted at a meeting of the General Affairs Council in June 2020. The trio's key tasks will include addressing the impacts of the novel coronavirus pandemic, restoring the normal functioning of European societies and the recovery of economies. Measures are envisaged to foster sustainable and inclusive growth, taking into account the green transition and digital transformation. The six-month programme is divided into two parts. The first part covers an overview of all issues to which the particular presidency would like to devote special attention while leading the Council. These are the presidency priorities. The second part, which is considerably more extensive, largely follows the "inherited" agenda. This concerns the acts that are already on the Council agenda or will be submitted for consideration by the European Commission as part of its work programme during the presidency. Upon assuming office, the presidency country presents the programme to the European Parliament and the general public.

AI focus in the Strategic Agenda of the trio-presidency

The three Presidencies are convinced that the digital transformation is something that will shape the everyday life in Europe, but also something that Europe can shape.

As it was written in the three Presidencies eighteen-month (1 July 2020 - 31 December 2021) Strategic Agenda, they welcome the Commission’s white paper on Artificial Intelligence and look forward to following-up on it in all dimensions, including research and innovation applications in education, ethical and human-centric aspects, their global governance, risk-based regulatory framework and the aspect of liability for artificial intelligence. In order to maintain and foster a responsible innovative, sustainable and competitive European digital ecosystem, particularly in sectors of strategic importance and in the area of key enabling digital technologies and infrastructures (including data infrastructures), the EU’s digital sovereignty needs to be further strengthened. In this regard, Artificial Intelligence is a key technology with enormous potential for value creation. Furthermore, the labour market participation of all groups and intergenerational cooperation and dialogue should be strengthened, artificial intelligence will be of central importance to developments in work and society.

German Presidency of the Council of the European Union

With the Presidency’s Programme motto, “Together for Europe’s recovery”, the German Government was putting the focus of its Presidency on overcoming the COVID-19 pandemic and seeking answers to the challenges of the future. The German Presidency’s Programme contained six pillars. Among these pillars the digital transition had a leading role as it is seen in the Stronger and more innovative Europe (II) and overarching as well other pillars such as Europe’s response to COVID-19 pandemic. The pandemic is an opportunity to achieve an accelerated, sustainable and digital transformation that is both forward-looking and based on values. Germany therefore wanted to establish digital sovereignty as a leitmotiv of European digital policy and, during our Council Presidency, to work together on responses for approaching technical developments such as artificial intelligence and quantum technologies to ensure that, in the context of fair competition, we increase our prosperity, protect our security and uphold our values.

The country was committed to the responsible, and human-centric development and use of artificial intelligence (AI) which serves the good of society in the EU. The harness the potential of this key technology also appears in the measures to promote economic recovery in all sectors. The use of AI in the healthcare sector has an important role to play in this regard. According to Germany’s approach, AI applications should always be developed with the good of our liberal democratic society in mind.

Portugese Presidency of the Council of the European Union

According to the Portugese Presidency’s  Programme, it has five action lines, Digital Europe is the third in the line but it again can be linked to other pillars too as we saw at Germany’s case. When it comes to digitalisation, Portugal’s scope is to accelerating the digital transformation for citizens and businesses.

One of Portugal’s aims is to modernise public administration, including through the use of artificial intelligence. In this connection, between the 1-2 of June, 2021 the Digital Assembly is organised dedicated to Europe's Digital Decade.

The development of AI appears in more dimensions, such as in e-Justice, seeking for better regulation, industrial property, research and innovation, climate actions and media.

What is the position of Slovenia on artificial intelligence in the EU’s agenda?

The Government of Slovenia identified the Commission’s proposal (AI regulatory framework) as a priority. The Commission has just recently proposed the first ever legal framework on AI, which addresses the risks of AI and positions Europe to play a leading role globally. Slovenia has a deadline to agree in a joint position of member states over the proposal to start negotiating with the European Parliament by the end of the country’s presidency until December, 2021. Artificial Intelligence is one of the technologies that shapes the future of democracies, society, economy thus the regulation of this area is crucial. AI is one of the top priorities of Slovenia’s EU presidency, that should be developed and used in a responsible way focused on common interests and people, where trust is a must. The development of such a technology should be conducted by the involvement of different European values such as ethics, fundamental rights and safety of EU citizens. According to the Minister, a risk based approach should be followed and all the same strict obligations should apply for all member states. Moreover, synergies and networks should be taken into action, by coordinating the efforts of European AI Centres to fill the competence gaps. In the digitalised age, the implementation of AI based products and services have to be encouraged in private and public sector, but we see that EU’s regulations usually raises concerns of overregulation. Thus the question may emerge whether the AI Act and the regulatory framework itself hampers or fosters innovation? According to the Minister the framework is a good start but Europe needs a smart regulation which can enhance innovation in the field. The council has to find a common approach with regard to the common EU interests, starting from the general approach.

Minister Boštjan Koritnik also met with EU officials during a two-day-long official visit to prepare the Presidency at the end of May. In September, Slovenia will host two extremely important conferences as part of its Presidency: on 2 and 3 September a conference on cybersecurity, and on 14 and 15 September a conference in the field of artificial intelligence. Both conferences in September will be organised in partnership with the European Commission. As an example of good practice in the EU, the Minister specifically highlighted the infrastructure for open access to public sector data, the OPSI portal – Open Data of Slovenia. The Minister also presented the  International Research Centre for Artificial Intelligence (IRCAI), which is based at the Jožef Stefan Institute in Ljubljana and was recently established under the auspices of UNESCO.

The Centre shall act as the main coordinator, funder, and accelerator of activities for the achievement of the United Nations Sustainable Development Goals through artificial intelligence. IRCAI’s aim is to empower top entrepreneurs, researchers and projects using artificial intelligence, which would not be able to achieve visibility on global markets, while at the same time creating the world’s largest platform for sustainable solutions.

Janez JANŠA, Slovenian Prime Minister, gave a press conference on the priorities of the Slovenian Presidency of the Council, by video conference from Brussels and Ljubljana, where he stressed that in order to strengthen European strategic autonomy we must foster digital capacity and the use of AI.  Accordingly, a couple of days ago Slovenia’s foreign minister, Anže Logar also painted a picture of continuity.

A Council presidency is an opportunity to promote the overall image of a country and its knowledge, economy and tourism. The preparations for and implementation of the presidency are therefore a great investment in terms of improving the knowledge, skills and capacities of the public administration of Slovenia and increasing its capacities for operating in the EU in the long term. The Slovenian Presidency website will contain all current information about the Slovenian Presidency of the Council of the EU in one place. Following General Secretariat of the Council’s commitment in 2019, a single website is going to be introduced for the presiding states starting from Slovenia’s presidency. According to the previous plans, it will go live one month prior to the beginning of the presidency.

Examining the program of the trio and the six-month plans of each Presidency, we can conclude that the regulation, the safe usage, the transparency and accessibility of artificial intelligence plays an important role in Europe's digital decade where EU institutions try to cooperate and coordinate according to European values and synergies.