Hungary’s seven theses on the future of Europe

In his address delivered at the conference entitled ‘Day of Hungarian Independence’ on June 19, Hungarian Prime Minister Viktor Orbán listed the government’s seven theses as he spoke up in the debate about the future of the EU for the first time. 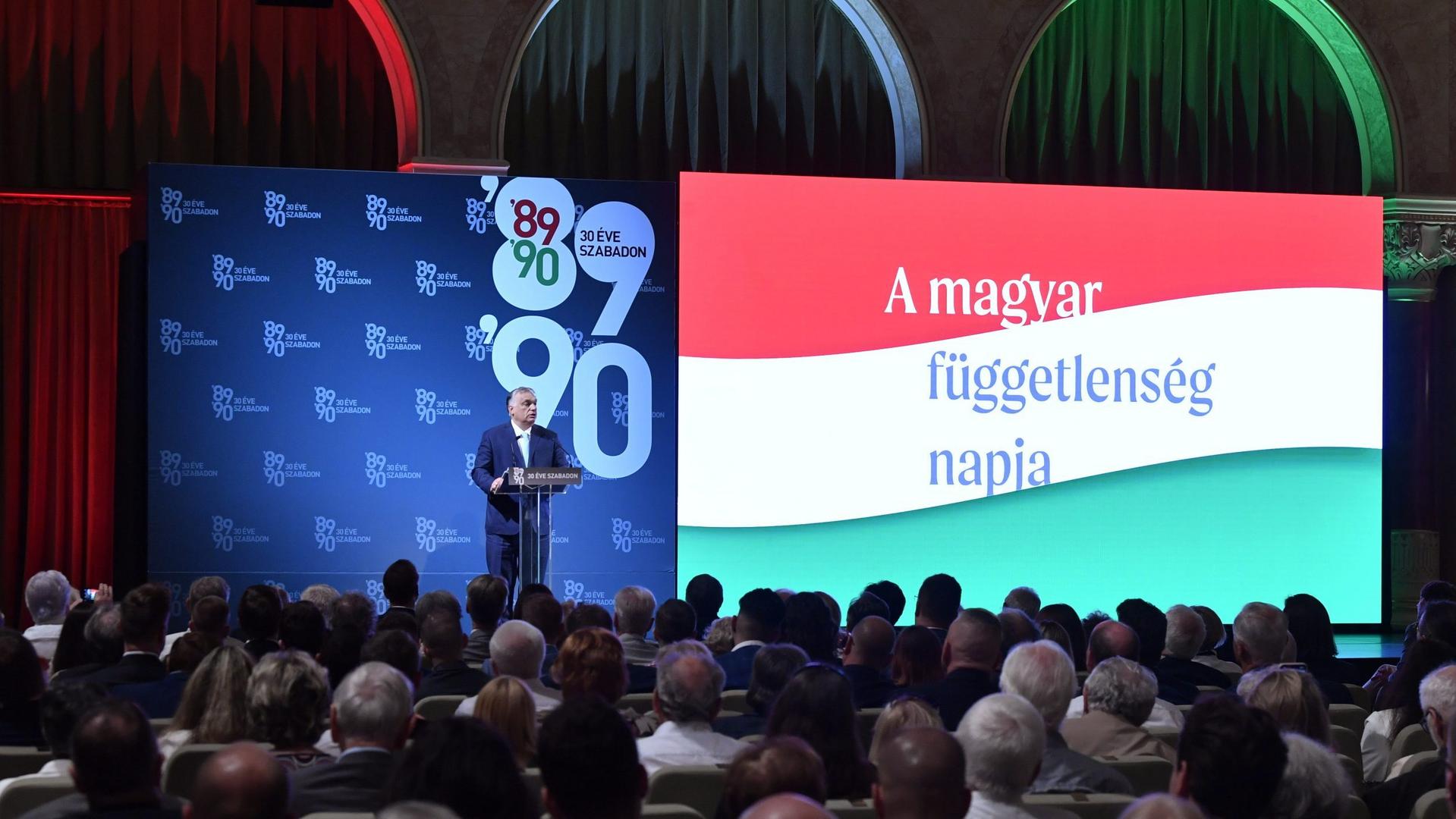 Thesis 1: Instead of a Europe of nations, a European superstate is being built in Brussels. Moreover, there is no such thing as European demos, only European nations. Without a demos a democracy cannot be built, though. Therefore, the building of the Brussels empire necessarily leads to a deficit of democracy.

Recommendation 1: “We want a democracy of democracies, the basis of which is constituted by the nations of Europe.”

Thesis 2: Brussels is being guided by those who see integration not as a means, but as a goal for its own sake. These actors want to override all national interests and traditional values. These aspirations are also promoted by the EU’s legal system and institutions.

Recommendation 2:  The phrase “an ever closer union” should be removed from the Treaties.

Thesis 3: Brussels has outsourced a considerable portion of its power to networks organised and controlled from outside Europe. This process was implemented in three steps. First, with a public announcement by former President Jean-Claude Juncker, the Commission was shifted from the politically impartial position of Guardian of the Treaties and transformed into a political body. Second, the Commission transformed into a political body preparing rule of law reports about the Member States by outsourcing this work to “fake civil-society organisations”. Third, the democratically elected governments of Member States are rated on the basis of the data and opinion of these NGOs, and they even want to punish those who are not to their liking.

Recommendation 3: This abuse of the power, which was delegated by Member States to the European Commission, must be terminated.

Thesis 4: The EU is based on the assumption that the Member States together are able to achieve better results than one by one. However, if Member States one by one can be more successful economically, that is the end of the EU. Thus, without common economic success the European Union will fall apart. However, today Brussels is fighting with its own Member States instead of pursuing this success.

Recommendation 4: EU must only support a policy which focuses exclusively on common economic success.

Thesis 5: The next decade will be a period of dangerous challenges: mass migration, epidemics and pandemics. In this period, we will have to create security and be successful in the world economy. Restoring European democracy is the first pre-condition of success.

Thesis 6: The European Parliament has proved to be a dead-end street as regards European democracy; it only represents its own party, ideological and institutional interests. Therefore, the role of national parliaments must be significantly increased.

Recommendation 6: National legislatures should send representatives to the European Parliament – based on the model of the Parliamentary Assembly of the Council of Europe. National parliaments should additionally be given the right to stop the EU’s legislative process if they believe that it infringes national powers – a ‘red card procedure’ should be introduced.

Thesis 7: EU has a more compelling interest in Serbia’s membership than Serbia itself.

Recommendation 7: Serbia must be admitted to the EU.