On 26 January 2021, the Committee on Petitions (PETI) of the European Parliament held a debate on two earlier submitted petitions on the Beneš Decrees and their impact on the current Slovakian legal relations. Although in the past few years the European Commission was on the view that decrees are historical acts which have no continuing legal effects, as it turned out last year, the Slovakian courts are still applying the Beneš Decrees, and thus, the principle of collective guilt is still an integral part of the Slovak legal system. Now the PETI ask the European Commission to update its information and conduct a more detailed examination considering the most recent rulings on this matter. 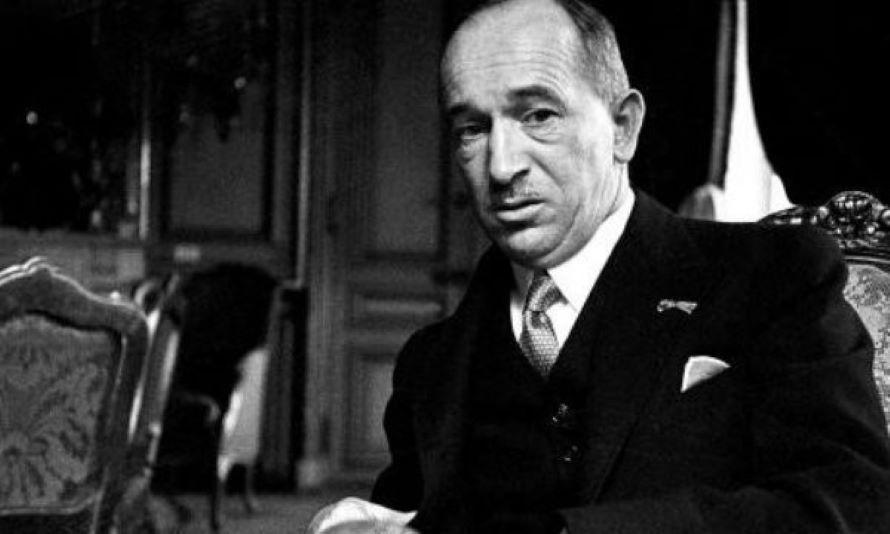 The first petition on the PETI’s agenda, Petition 0070/2012, submitted in 2012, requests for the repeal of Resolution 1483/2007 of the Slovak National Council concerning the inviolability of the Beneš Decrees (the resolution was adopted by the Slovak parliament in 2007 on the initiative of the ultra-nationalist Slovak National Party). The second petition, Petition No 2098/2014, submitted in 2014, claims that the Beneš Decrees violate the fundamental values of the European Union under Article 2 of the Treaty on the European Union (TEU).

The Beneš Decrees claimed collective responsibility of Germans and Hungarians after World War II, depriving them of their citizenship, fundamental rights and property. Slovakia has been arguing for decades that the Beneš Decrees are already an obsolete part of Slovak law and they have no real effect on today’s legal relations. It seems that the European Commission so far accepted their reasoning, as in terms of both petitions it earlier argued that, on the one hand, it has no general powers to intervene with the Member States as the matters referred to do not relate to the implementation of Union law, and, on the other hand, that the Beneš Decrees are historical acts, undertaken by Czechoslovakia long before Slovakia’s accession to the EU and they have no continuing legal effects.

The ruling of the European Court of Human Rights in the Bosits v. Slovakia case in 2020, however, showed that this arguments are essentially false. According to the ruling, the Slovak courts are still applying the Beneš Decrees with a retroactive effect to confiscate plots of land from individuals whose ancestors were of German or Hungarian nationaity. The decision therefore annuls the argument that the decrees have no real impact on the current legal relations, and as such, their significance can only be interpreted in a historical context. Moreover, just one month after the Bosits decision, another case has been revealed where the Slovak state, precisely the Slovak Land Fund, wanted to confiscate plots under a highway near Bratislava, again on the basis of the Beneš Decrees, claiming that the properties in question should have been confiscated from persons of Hungarian and German nationality.

These cases made it clear that the Beneš Decrees do have real impact on the current legal relations, and as such, Slovakia still applies the principle of collective guilt up to this date. Such legal practice, however, must be seen as a sharp violation of the fundamental values of the EU, poisoning the spirit of the whole European project as well. The question, therefore, needed to be reopened on an EU level as well.

As petitioner Alida Hahn-Seidl expressed on January 26, Slovakia, as a Member State of the EU, has adopted and continuous to adopt decisions in its legal order that are violating EU law and the fundamental values of the EU laid down in Article 2 TEU. According to the petitioner, as long as the decrees remain in force, human rights and property rights are being violated. In a state, where the rule of law prevails, such legal pieces should be deregulated and not be a basis of legal verdicts. The other petitioner, Imre Juhász stated that this is not primarily a debate between Slovakia and Hungary, but it is about the application of the principle of collective guilt and about the freedom of the movement of capital under EU law.

As MEP Loránt Vincze pointed out, the Commission’s argument, that the Beneš Decrees are part of legal history, is false. According to him, the earlier mentioned cases from 2020 showed that decrees are not dormant but very much alive part of the Slovak legal system as they keep validating confiscation of properties on an ethnic basis. MEP Ádám Kósa also recalled the findings of the ECHR in the Bosits case, pointing out that this judgment is the first international ruling stating that confiscations of properties are still taking place in Slovakia under the Beneš Decrees. MEP Peter Jahr also emphasized that the decrees should not be seen as pieces of legislation adopted before Slovakia’s accession to the EU, as courts are still using them to take decisions. According to the representative of the German CDU, this is not acceptable and the European Commission must draw the necessary conclusions and take actions.

Both MEP Vincze and MEP Kósa suggested to keep the petitions open, and conduct an in-depth analysis of the legal situation, including the organization of a fact-finding visit of EP representatives to Slovakia for the further evaluation of the matter. The MEPs also recommended to ask the LIBE Committee’s Rule of Law Monitoring Group to deal with the issue. Eventually, the PETI decided to leave the petition open and asked the European Commission to update its information on the current application of the Beneš Decrees in Slovakia, and conduct a more detailed examination taking into account the most recent rulings on this matter.

The application of the Beneš Decrees in Slovakia to confiscate properties from individuals solely on that basis that their ancestors were of Hungarian or German nationality is simply unacceptable. Such legal practice in not only in contrary with the anti-discrminination clauses of EU law and the free movement of capital, as a fundamental freedom of the EU, but also constitutes a clear violation of all those values on which the EU is built on, among others the respect for human dignity, democracy, the rule of law and the respect for human rights. It is time for the European Commission to stop turning a blind eye on real violations of European values and also for Slovakia to finally get rid of the application of the principle of collective guilt, once and for all.